Wildbird's  adaptation sets Shakespeare's original play firmly in the world of celebrity pop culture  in a breathtaking fast paced version performed by an all female cast of four.

It’s the showbiz wedding of the year as the world’s biggest music promoter weds the queen of Glam-pop in the PR sensation of the decade.  Only lovers are allowed in their secret Island hideaway and the relationship difficulties of four up and coming young starlets threaten to spoil the party and the headlines.

Only the shadowy paparazzi can conjure perfect love from the crisis and save the day in time for the world’s biggest televised concert.

One spot in the line-up remains to be filled by hopeful wannabes in a live TV talent contest, and you can’t tell the girls from the boys these days…..

All tickets will also be available from www.neatshows.org.uk 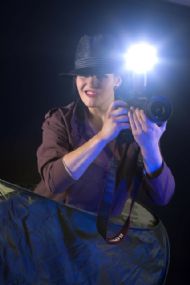 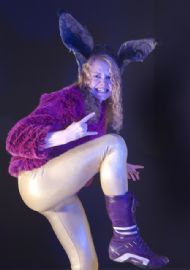