Playing a round with Shakespeare

James VI of Scotland is now James I of England. As a true Scot he introduces the game of golf – a Scottish invention – to England. William Shakespeare is at the peak of his popularity and a favourite with the king. In order to keep on the right side of his king, Shakespeare reluctantly agrees to accompany James, who has a keen interest in ancestry and witches, on a homecoming golfing trip to Forres.

Shakespeare hates the game and as he struggled through the wind and rain Shakespeare’s mind starts to turn to evil thoughts, plotting to kill his king with a blow to the head from a five iron.  But, realising which side his bannock is buttered, Shakespeare finds an outlet for his frustration and misery in a new play, set in Scotland in which a lord murders his king in order to claim the throne and fulfill his destiny at the same time. Perhaps with a suitable ending showing James’s lineage the play will take the king’s mind off golf!

Tickets for some venues* available online at www.neatshows.org.uk

From October Wildbird are launching ‘Wildbard’, Shakespeare in Schools project, with our ‘3 x 3’ season – three stripped down Shakespeare plays, each performed by three actors.

The plays will be a fast-paced, accessible introduction to Shakespeare for schools, young people and community audiences. Schools will be able to book workshop packages and access teacher packs full of ideas for continuing study.

The plays will be available to venues and schools separately or as a package. On offer are three of Shakespeare’s best known and best loved plays: Romeo and Juliet; Macbeth; A Midsummer Night’s Dream. Initially the productions, with running times of 60 – 75 minutes, will be available from October 2009 - March 2010 and are suitable for upper primary and secondary pupils. (P6 – S6 Scotland, key stages 2 – 5 England, Wales, Northern Ireland).

Wildbird want to build long term creative relationships with schools through its Wildbard Shakespeare in schools education resources. Once pupils have seen a performance and taken part in a workshop and the company has left the building the experience doesn’t end there. They will be able to continue exploring Shakespeare with us through a number of online interactive resources. They will be able to log on to our fully secure online resource pages and access interviews with the actors, director, and script editor.

There will be footage of the rehearsal process that will show pupils how Shakespeare’s plays go from the ‘page to the stage‘, with lots of advice on performing and interpreting Shakespeare. There will be practical acting, directing, and production tips and the opportunity for pupils to rehearse, perform and record their own versions of key scenes and speeches and upload them so they can be viewed by the Wildbard online community.

Pupils will also have access to the cut versions of the Shakespeare plays from our productions, and may even opt to do their own full length performance. Whatever they decide to do Wildbird will be here to help them and support their work, answering questions and helping to solve problems.

We also want to encourage pupils to write, perform and share short pieces inspired by the plays they’ve seen and the stories they tell.

Pupils will also be able to leave comments, tips, and feedback on the site and view the work of pupils in other schools.

Wildbird want to promote a creative approach to Shakespeare that is engaging, interactive and encourages school pupils to get involved.  Activities will build confidence and understanding and provide effective support for teachers work in the classroom.

For further information on booking or education options contact Chris Lee at info@wildbird.org.uk or call 07963 845917 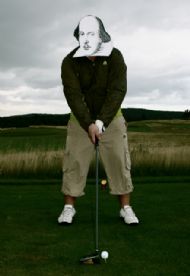